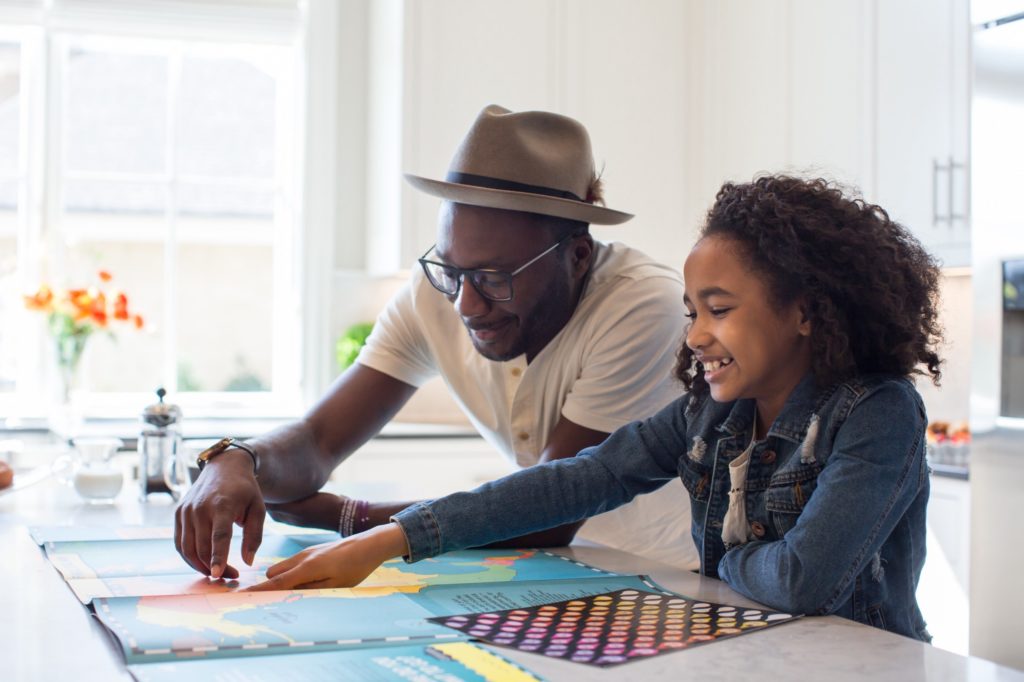 The Life-Changing Magic of Having A Mentor

“Show me a successful individual and I’ll show you someone who had real positive influences in his or her life. I don’t care what you do for a living — if you do it well I’m sure there was someone cheering you on or showing the way. A mentor.” — Denzel Washington

Mentorship has been a hot topic for many years now and this shouldn’t come as a surprise.

In a hyper-competitive economic environment where those in the upper echelons of their respective industries reap the most rewards, everyone is looking for the one thing that will allow them to leapfrog others in their climb towards the top.

Mentorship is just that thing.

Mark Zuckerberg had the benefit of Steve Jobs’ insights. Celebrated author and poet Maya Angelou journeyed with Oprah Winfrey through many of her life’s milestones. Even those who we don’t think need mentors had mentors. Bill Gates for one, who credits Warren Buffett for teaching him how to think long-term among other valuable life-lessons.

But why exactly is mentorship so powerful?

Tony Robbins explains it best when he advises:

“The fastest way to master any skill, strategy or goal in life is to model those who have already forged the path ahead. If you can find someone who is already getting the results that you want and take the same actions they are taking, you can get the same results.

Robbins wasn’t speaking in a vacuum. He had after all benefitted from the mentorship of the late legendary motivational speaker Jim Rohn, whose greatest advice to Robbins was for him to work harder on himself than on his job, in order to be in a position to create value for others.

No prizes for guessing whether Robbins took Rohn’s advice on his way to becoming one of the world’s most successful motivational speakers.

It doesn’t matter what your age, gender, or background is, modeling gives you the capacity to fast track your dreams and achieve more in a much shorter period of time.”

In other words, having a mentor shortens your learning curve and greatly reduces the time needed for you to achieve your desired results.

But the truth is, while I had always appreciated the benefits of having a mentor in a professional work setting, I never fully understood how having a mentor could be truly life-changing.

That is until I met Jessy.

Jessy is a property investor in her early 30s and a mom to 4 young children. While the rest of the world drags their feet to work in the morning, Jessy can either be found having a leisurely breakfast, working out, at a cafe sipping a fresh brew, spending time with her 4 kids alongside her loving husband Daniel, or responding to social media messages on the go.

She doesn’t have a boss barking orders at her, nor clients to respond to in the middle of the night. Her most demanding customers are her 4 starry-eyed, energetic and playful young children.

While certainly not in the ranks of “Crazy Rich Asians”, Jessy lives an above-average life in sweltering Singapore, where she zips around in an Audi A5 Sportback and owns a portfolio of 6 properties. By all definitions, Jessy has exited the stadium that hosts the perennial rat race.

But it wasn’t always like that barely a little over a year ago.

Having been stuck in a dead-end managerial job for 9 years, Jessy jumped around from one investment seminar to the next hoping to find that one system she could use to change her fortunes.

In March 2017, she attended a property investment seminar conducted by a renown Singaporean investor by the name of Eric Chiew. Attending that event would undoubtedly change her life forever, for it was where she met the man that would become her mentor.

*Spoiler*: It was not Eric.

A man affectionately known to his friends as “Marko” had sat beside her during Eric’s seminar as a fellow attendee. He promptly introduced himself to Jessy and offered to keep in touch with her after the seminar.

9 months after the seminar, Jessy found herself attending a 1-day “sharing-session” conducted by Marko in one of his industrial property units, along with 19 other hopeful individuals. She had no idea what she was signing up for but she went anyway.

As it turned out, Marko himself was already a successful property investor with more than 20 years of experience and had formed an investment system of his own by then. He just needed some individuals to share it with. Jessy was one of those individuals.

But what was remarkable wasn’t the investment system Marko operated (which I’m told is pretty good), but rather in the way he took Jessy under his wing and taught her everything he knew without asking for anything in return.

Spending time with her over a series of meals and the occasional casual conversation at his place, Marko taught Jessy everything he knew about the art of property investing. He walked her through her first property purchase in February 2018, ensuring that it proceeded without a hitch.

However, their mentoring relationship wasn’t all about property investing. As an individual who was actively invested in his own growth, Marko would seek out personal development courses to attend and invite Jessy to join him at them.

Jessy soaked it all up. She learned everything Marko would come to teach her about life and property investing and by April 2018, she had handed in her resignation letter with a huge dose of faith that everything would finally work out for her.

“A good mentor makes you feel safe”, she told me while flashing a self-assured smile.

She continued to explain, “Marko makes me feel safe, not because he protects me from failure, but because he’s there for me when I do”.

Jessy felt safe when she handed in that resignation letter, in no small part because of the way Marko believed in her. Her life too has since taken on an element of safety as she’s no longer at risk of being terminated by a company whose payroll has become too bloated.

“If you told me just a year ago that I would have 6 properties to my name, fully rented out at a good yield, with enough money to live comfortably and all the time in the world to spend with my family, I would not have believed it”, said Jessy with just a hint of incredulity in her expression.

But yet she does, and all because she found a mentor who took an interest in her and invested in her personal success.

What Marko’s mentoring relationship with Jessy taught me

After reflecting upon Jessy’s account of her mentoring relationship with Marko, I came to some conclusions about mentorship.

1️⃣ You don’t know when a mentor will walk into your life, but when he or she does, you jump at the opportunity.

Jessy didn’t look at Marko and question who he was and if he was the real deal. She opened her mind to the possibility that he could offer her something valuable she did not yet have.

She faithfully soaked up everything he taught, went for every seminar he suggested and constantly engaged him with questions about life and investments.

A mentoring relationship can only happen when two things happen. First, you’re open to the experience of being mentored. And second, you remain both curious and teachable. Nobody wants to mentor someone who seems to know it all.

2️⃣ Mentoring is a two-way street

Mentoring involves an element of teaching, but the opposite may not be true.

In teaching, the emphasis is on the learner’s receipt of knowledge. In mentoring, there tends to be a two-way exchange that goes beyond knowledge.

Jessy didn’t just sit back and receive knowledge about property investing from Marko. It wasn’t mentioned above, but Jessy regularly volunteers her time to help out at Marko’s many seminars. She engages his audience and walks some of them through the investment process, similar to what Marko did for her in the first place.

Her positive and hungry-to-learn attitude also led Marko to believe that he had taken a chance on the right person, which gave him the confidence to share everything he knew with her.

If you want to get into a mentoring relationship, sometimes you have to be prepared to give just as much as you get.

A common misconception is that a mentor’s greatest value is his or her doling out of professional advice that gets us to the top of our respective industries. Workplace mentorship programs certainly add to that perception.

But while structured career mentors provide great value, a true mentor is someone who walks through life with you and whose greatest advice goes beyond the context of work.

Recall that Jim Rohn’s greatest advice to Tony Robbins was for him to work on developing himself, not how to conduct the best motivational seminar.

Similarly, Warren Buffett taught Bill Gates to safeguard his time against useless meetings, not how to generate the best return on his investments.

A great mentor inspires us to get ourselves and our lives in order.

In focusing on the person rather than the financial or professional circumstances that surround them, mentors have the ability to bring out the best in a person. When that happens, the person’s financial and professional lives inevitably improve in tandem.

At the end of the day, maybe the value of mentorship isn’t in its ability to help you get ahead of others in the rat race. It shouldn’t be.

“The delicate balance of mentoring someone is not creating them in your own image, but giving them the opportunity to create themselves.” — Steven Spielberg

Perhaps the true value of mentorship lies in its ability to change you — your viewpoints, mindsets and personal values. It is in this change that the true magic lies.

For when you are changed from the inside out, everything else falls in line — your relationships, emotional and mental well-being, and eventually, your professional success.

My wish is for a “Marko” to waltz into your life, and for you to recognize him or her when that happens.

Thank you for the article. It’s very well-written. I myself are lucky to have many mentors and coaches. I am paying it forward by Grooming anyone whose path crosses mine. Love, Marko

Honoured to have you read and comment on this article Mark! It’s great to see the lives you’ve been impacting. I’m sure I’ll see you around sometime. Keep up the great work you’re doing. =)