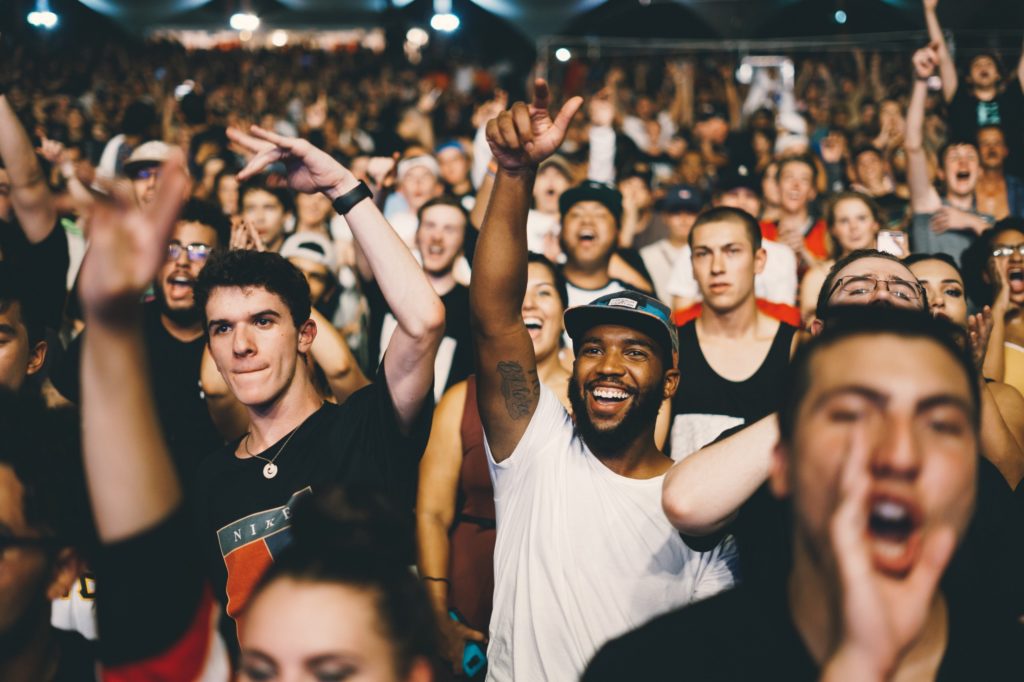 Is This Our Biggest Problem Right Now?

At an existential level, climate change is surely one of the greatest challenges we face as a species. And surely, our modern consumerist culture has to shoulder a big part of that blame.

At a more basic level however, there’s a greater but less visible problem that modern consumerism engenders, and it is affecting our ability to both thrive and live to our fullest potential. What’s that, you ask?

Problem Statement: We simply have too much to deal with

Too many things, and too many distractions.

If you’re not convinced, let’s start off with a few observations:

In a span of less than two centuries (a blip, historically speaking), we have gone from having too little, to having enough, and now towards excess on many fronts.

We are now so well-informed, well-fed, well-connected and well-entertained. Yet at the same time, we’ve never been so stressed out, distracted, time-starved and unfulfilled.

The Problem with Having Too Much

Earlier this year, Netflix aired an original series that took the world by storm and sent everyone into a spring cleaning frenzy. The premise of this series was simple — tidy up your space and change your life.

Following the airing of the first episode, social media circles and various media outlets worldwide exploded with reports of individuals suddenly throwing out things that did not ‘spark joy’ within them, with further photo evidence of piles of neatly folded clothes arranged sequentially by color. Thrift stores were suddenly flooded by a wave of donations, and it could yet be brisk business for them for a while to come.

That series is none other than — yup, you guessed it — ‘Tidying Up with Marie Kondo’.

But Marie Kondo is not the only person advocating paring down your belongings in order to lead a happier life. The hosts of one of my favorite shows, ‘Tiny House Nation’ have been singing the same tune since 2014.

In every episode, a family downsize from a normal-sized home to a smaller, haulable custom-built abode usually no larger than 500 square feet. In the process of downsizing, every family on the show has to consolidate their entire family’s belongings such that it fits no more than one or two large boxes. Usually, it is this task of deciding what to keep and discard that couples going tiny struggle with.

Fortunately, ‘Tiny House Nation’ host John Weisbarth is always there to guide the family on this pivotal exercise. He describes the process best here:

“The best way to do that is to identify a few things that you truly love, the activities that feed your soul but you never have time for, like music or art. Figure out what those things are, then get rid of everything else. Congratulations, you just created room in your life to do the things that bring you happiness.”

In a sense then, there’s nothing that Marie Kondo can teach that these tiny homeowners don’t already know.

What are we to make of all this, exactly? Why is it that we are now trying to live ‘smaller’ and have less as opposed to more? What could the KonMari and Tiny House movements be hinting to us about the way we are living our modern lives? Why is having too much a problem?

Chances are that we are all aware of the leading causes of stress including money, work and health issues. Increasingly though, there are studies that point to an overlooked but significant source of stress and anxiety: our clutter.

She also warns that creativity and productivity can be curbed as a result of clutter, which “[invades] the opens space that allow most people to think, brainstorm, and problem solve”.

Given that the average household has 300,000 items in it, that is a lot of clutter as well as stress to contend with.

Unfortunately for us, household items, while traditionally the source of clutter, is not the only thing of excess we have to deal with.

There’s all forms of entertainment from video games, television, Netflix, YouTube, social media and in general the black hole that is the Internet.

Imagine how many things are competing for your limited attention at any one time. There’s always more to watch, to view, to read. Is it then such a surprise that attention spans are getting shorter; goals are getting harder to reach; we are becoming more forgetful and just can’t seem to focus?

Guess what though, the amount of noise out there is just going to increase. Consider these numbers:

Every year, there are over 30,000 new products introduced, more than 1,000,000 new published books (including self-published books), and Netflix alone produces original TV series in the hundreds.

Each day, there are in excess of 2 million new blog posts.

That my friends, is the kind of consumerist world we live in, and there must be something we can and should do to ensure that we don’t drown in our own junk or get lost in the escape from reality that entertainment offers.

Perhaps in addition to junking things, we can also Marie Kondo our way out of entertainment.

The Problem with Doing Too Much

Alongside having too much is the equally problematic issue of doing too much.

The problem of having too much to do has traditionally been seen in the context of work. Long hours at work that then bleeds into working from home as a result of technology, our 24/7 plugged-in lifestyle, demanding bosses or clients or simply both.

Companies push us to do more even as they scale down the workforce. Cost pressures, they say. Productivity, they preach.

As if this top-down pressure isn’t enough, we pile the heat on ourselves as a combined result of the fear of losing our jobs, the desire to move up the proverbial corporate ladder, to advance our skill-sets as quickly as possible — all these feelings lead us to push even harder and deeper into our work.

Over time, all this not only has implications on our overall health and stress levels, but also adversely affects our other spheres of life apart from work.

Relationships with family and friends suffer while loneliness and depression ensue. Absorbed in our work, we gradually lose sense of culture and community. We end up divorced from our passions and scarcely have the time to actually live life the way it’s meant to be lived — the way our parents told us we could live.

Vicki Robin, author of ‘Your Money or Your Life’, examines our history of work in this piece. She notes that we have in essence devalued leisure while elevating the value of work. She further contends that the growth of advertising also “[creates] a populace [that is] increasingly oriented toward work and toward earning more money in order to consume more resources”.

Working more, to consume more — a vicious cycle that is inherently devoid of any real value to an individual who craves love rather than status, true relationships rather than hierarchies, health over wealth, the joy that life brings over the joy that objects bring.

Pressure from all quarters

Even though work is a chief contributor to our predicament of ‘doing too much’, it is by no means the only contributor. There’s also increasing pressure to do more, specifically to be more ‘productive’ with the hours that you have. And who are the culprits leading the way in this regard?

Social media, and the self-help industry

If you scroll through your Facebook or Instagram feed, odds are that you have at least one ultra-successful, high-achieving friend who seems to have more than the 24 hours a day handed to us mere mortals.

You know those types — they go in and out of multiple and varied projects (all successful); preside as heads of their local or business community; attend high-profile functions with the who’s who of anything that matters; are semi-professional athletes in two different sports; cook up Michelin-starred meals at home on a whim and yet still have time for a two week jaunt to the slopes of Niseko with their beautiful spouse and angelic children (on first class no less).

Many of us look at their feeds, are awestruck and tell ourselves there’s more that we should be doing in our own lives to achieve that same level of success.

Then there are also those of us who, in the face of such outward displays of success, just convince themselves that they are woefully inadequate. They have predetermined and prejudged themselves to be undeserving of such similar achievements.

Therein lies the power of social media — it manages to reflect and amplify our emotions back onto ourselves —negative ones included.

“They’re stressed because they were taught, ‘If I’m not busy all the time and pushed to the max, then I’m not successful because there’s more that I should be doing,’”

Of course, the self-help industry, as benevolent as its overarching mission is, is sometimes of no help.

What ‘Getting Things Done’, a book on productivity by David Allen started, has evolved into a mini-industry of its own.

Productivity is a favorite topic of self-help gurus, touted as one of those skills that, over time and with consistency, can springboard you into the big leagues of success.

As I hinted to in this piece though, an over-reliance on productivity for its own sake can have unhealthy repercussions on individuals.

A 2018 study commissioned by Everyday Health found that Gen Z-ers appear to be the most stressed out of all groups, which in many ways can be attributed to narratives about productivity within social media and from the self-help industry.

“They’re stressed because they were taught, ‘If I’m not busy all the time and pushed to the max, then I’m not successful because there’s more that I should be doing,’” observes Rachel J. Simmons, director of the Phoebe Lewis Leadership Program.

Then there’s the pressure we lay upon ourselves

We want to learn how to cook and code, pick up a new language or skill, take a multitude of courses and participate in numerous clubs and associations. And we wonder why we don’t have time to just sit and do nothing for a while.

How do we move forward from here?

Don’t get me wrong. Like many out there, I believe there hasn’t been a better time to be alive. As I alluded to earlier, we are better informed, fed, entertained and well-traveled than any generation before us.

Yet at the same time, we’ve never been so overwhelmed, so malcontent and stressed. It really begs the question – is our modern way of living sustainable for the average individual?

It’s high time we reclaimed back some of our personal space, time and attention.

Decluttering is certainly one way to go about it, but not just with things.

Declutter the number of activities or projects you’re involved in. Keep only those that you are truly passionate about. If possible, focus on one thing at a time.

Declutter your entertainment options. Cut down on the number of shows you binge watch.

Declutter your friends list. Say goodbye to your toxic friends and keep those that accept you for who you truly are, not how you desire to be seen.

And guess what, you don’t have to be productive with the time you save from all this.

It is perfectly fine to savor life at a pace that you define, not a pace which some productivity experts would have you believe is the recipe towards success.

Who knows, you may even end up being more productive than you ever were.