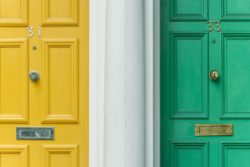 You Owe It To Yourself To Make Better Choices

February 21, 2019victorhagzIdentify Your Big PictureNo Comments
So why do you continue to leave your personal and corporate life to chance?

Right up there with the phrase “You are what you eat” is the equally clichéd statement “You are the captain of your own ship”.

What do these statements have in common? For one, they have everything to do with an individual’s decision making.

More importantly, they suggest that the individual is very much in control of his or her own circumstance, and any decision the individual makes influences the very outcome(s) the person is looking for, or in the case of poor decision making, not looking for.

The above truisms are statements that most of us have in some form or another internalized, out of whom fewer of us have actually been mindful enougof to make good decisions on a consistent basis.

Let’s think about why for a second.

When we consider that we as a species are approaching what is now called the Fourth Industrial Revolution, it comes as little surprise then that our ability to make good decisions is being impacted by the sheer amount of distractions, information and options that bombard us each day.

Less space to think — it’s getting crowded up there

To set the context, let’s hearken back to a pre-Industrial Revolution age.

You’re a farmer, part of a small self-sustaining local community. The choices you have to make in any given day are probably less than a handful.

You wake up and decide what to wear. You decide which crops to harvest for the day and the timing of it. You may go to the local butcher a few doors down and decide what meat to buy.

You don’t unfortunately have the luxury of choosing what to eat as your spouse has prepared whatever’s available, which isn’t much compared to what we have today.

A study done by Columbia University reveals that today, the average person has to make more than 70 decisions a day. Another study has the figure at a staggering 35,000.

In a world that’s increasingly interconnected and sped up by network effects, this comes as no surprise.

Let’s just assume that it’s the former figure; even having to make 70 conscious decisions takes up a fair amount of time, not to mention mental capacity.

Particularly if you are a busy high-level executive whose span of control cuts across various cities or countries, having subordinates float decisions up to you with every email or instant message can be a lot to deal with.

Before you’ve made a decision about one matter, you’re on to another.

You’d like to spend more time thinking about your choices, but there are only 24 hours in a day and you just don’t have time to dwell.

How many of us can squeeze out good decisions consistently under such time and mental pressure? I’m guessing not all that many.

Just take a look around your wardrobe. How many shirts or dresses do you have? Jackets, pants, suits? What about accessories? Shoes?

One research puts the number of outfits an average woman has at 30 (I highly doubt it’s that little just looking at my wife’s wardrobe).

I’ve got 30 pairs of socks, and I love each pair in equal measure. Imagine my dilemma each morning.

With such an array of fashion items, even the simple act of getting dressed devolves into a full scale mental joust with yourself — “This shirt doesn’t pair well with these pants”, “I just wore this last week”, “Is that person who has the same outfit going to be wearing this today?” or even “I look fat in this”.

It’s no wonder that some of us have trouble even stepping out of the house.

Another study suggests that the average household has 300,000 items in it.That’s insane if true. How are we all not swimming in our own junk? OK maybe some of us already are (cue an episode of Hoarders).

Before we get all depressed about how busy our lives are, or how many things we have (some of you might actually rejoice in the latter), let’s talk about some quick fixes that free up our time and minds to make better decisions or at least, decisions that are not made under massive time pressure.

Chances are, you’re already spending 80% of your time on 20% of the decisions you have to make everyday. (Yes, I’m yet another person that invokes the pareto principle).

Ask yourself this — can the need to make any of these decisions be eliminated by either removing the choices completely or delegating those decisions to someone else? I’ll bet that by now you’ve read about Mark Zuckerberg’s whole t-shirt and jeans dress up routine, or even the late Steve Job’s choice of garb – turtle neck and jeans.

Well, if you only have one outfit in your wardrobe, there isn’t much of a choice to be made, is there?

While most people can’t be expected to possess just one outfit (imagine how boring that would be), there’s nothing stopping us from paring down our wardrobe to a manageable selection, is there?

As a senior manager in my family business, I am sometimes asked for my input on the most mundane things, like whether we should buy 2 or 4-ply toilet paper.

While I certainly would love for my rear end to be embraced by the softest of Charmin, it is hardly a decision that any senior manager should have to give up precious brain cells and undivided focus to make, unless of course, you manage the Ritz’s toilet amenities.

The rule here — delegate any decision which outcome will not have an impact on the actual value you want to bring to the table.

In case you were wondering, it’s 4-ply every time.

Get yourself out of the interrogation room

I’m sure you’ve heard of innocent citizens being effectively coerced into a confession for a crime they did not commit.

In 2011, Melissa Calusinski was convicted of murdering a toddler under her care owing to her confession to the police, a confession which she says was only given because she thought the cops would finally let her leave if she told them what what they wanted to hear.

In fact, The Innocence Project found that more than 60% of those convicted of murder and later exonerated confessed to crimes they didn’t commit, oftentimes following lengthy, intense interrogations.

In most of these situations, the individual is cooped up in a small room and subjected to a barrage of insults, accusations and even displays of physical force, often for hours at a time. Are people really surprised that some human beings can crack under the intensity of unrelenting pressure?

What is your interrogation room?

I used the analogy of the interrogation room as an example to show how we can all be subject to similar pressures on a daily basis, sometimes without us even noticing it.

While you are certainly not at risk of going to jail, life’s other interrogation rooms have the effect of pressuring you make sub-optimal decisions.

Your interrogation room could take many forms:

So take yourself out of whatever pressure cooker situation you’re in.

Learn how to objectify your subjective (and very often emotional) fears, hopes, dreams and values in order to remove yourself from a situation that causes you to make poor decisions.

I’ll be talking about this and more in subsequent posts. Stay tuned.