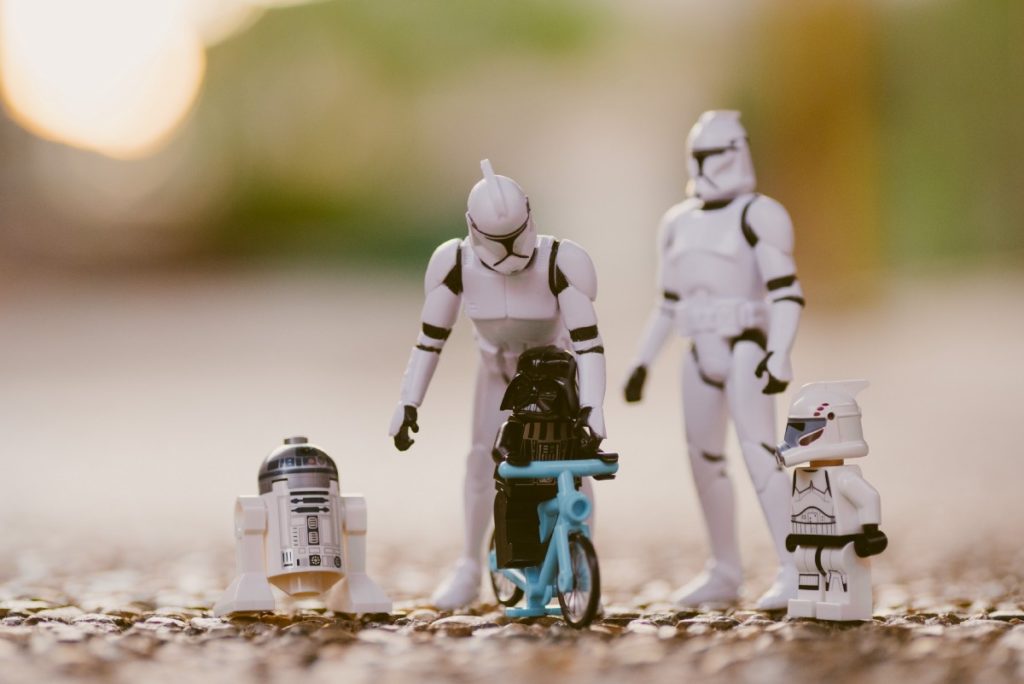 How to Deal with Your Parents’ Advice and Expectations

May 20, 2019victorhagzMaster Your Mindset2 Comments

“ How true Daddy’s words were when he said: all children must look after their own upbringing. Parents can only give good advice or put them on the right paths, but the final forming of a person’s character lies in their own hands.”
— Anne Frank

Parents. You wouldn’t be alive without them.

They changed your soiled diapers, gave you an education, ensured you had a roof over your head and didn’t die while under their care.

They made many sacrifices along the way.

In our younger days, many of us saw our parents as heroes. We looked up to them and wanted to be them when we grew up.

Which is why when they dish out advice and expect us to follow a certain path, we feel compelled to both listen and act on it.

To what extent should that be the case?

How should we deal with their advice and expectations of us without getting into a quarrel?

👂 Why do we listen to our parents anyway?

Granted not all of us listen to our parents, but I know a great number of people who do.

And when asked why, it’s usually one of three reasons.

1. Out of filial piety

Filial piety, or respect and obedience to one’s parents is very much a construct rooted in Confucian philosophy and Asian cultures.

But that doesn’t mean the underlying themes don’t apply in Western cultures. The difference lies in the extent to which individuals practice it.

In Asian cultures, and certainly in Singapore where I live, children hold a strong reverence towards their parents throughout their lives.

Just take a look below at an actual section of a government-sponsored psychometric assessment I took when I was 16.

They had a whole section dedicated to uncovering our parents’ occupational expectations for us when we grew up.

Fortunately and as you can read above, my parents never imposed their expectations on me.

I don’t know if it’s because they gave up or that they thought I’d turn out fine on my own, but I’m grateful they didn’t pressure me to live up to certain expectations. Many of my friends weren’t as lucky.

Such a culture tells its adherents that because of everything our parents did for us when we were young, we owe them a debt that we continue to service well into our fifties and beyond, for as long as our parents are alive.

Nobody wants to feel ungrateful or unfilial, which is why we struggle when we disagree with what they say or ask us to do.

Western cultures adopt a more individualistic stance, with people achieving independence at a younger age, especially as it regards making decisions for themselves.

That is not to say they don’t listen to their parents. They merely don’t feel as morally obligated to as compared to their Asian counterparts, especially after they move out of the house.

2. They have more life experience

It’s a given that our parents have more life experience than us.

They’ve been on this earth longer than us after all.

They know a great deal more about life and people simply because they’ve made plenty of mistakes and learned from them.

Many of our parents also happen to be at the pinnacle of their careers and in positions of importance.

So when it comes to them giving advice, we’d like to think that they know better. After all, we’ve been trusting them with our lives for the better part of two decades.

3. Because some of us just don’t know better

Some of us just don’t have a clue what to do or how to go about life, even well into adulthood.

If you had to choose between being completely lost or taking up your parents’ advice, it’s kind of hard not to do the latter.

In these situations, it’s nice to know our parents are always there and ready to give us advice when we most need it.

1. Some advice is timeless

When it comes to life, there are some immutable themes — universal human behavior and psychology, moral values, love and relationships.

This is where the wisdom of our parents really shine.

They’ve experienced the heartache of breakups. They’ve encountered their fair share of a$$holes. They can smell bullsh*t when they see it. They can read people like an open book.

You’d be foolish not to listen to them when they tell you the type of person you should be, the qualities you should look for in a life partner, or how to deal with failure.

2. They know your strengths and weaknesses

Your parents watched you grow up. They wiped your butt.

They know your likes and dislikes. They are familiar with your bad habits — like how you pick your nose and leave your booger on the couch when no one’s looking (they saw you).

But more importantly, they are fully aware of your strengths and weaknesses.

You displayed them at the playground when you were knee-high. They were also plain to see in the way you dealt with problems thrown your way.

Your parents will not hesitate to remind you of your strengths and weaknesses as they are, not how you want them to be seen.

You’d do well to listen and take heed.

⛔️ When you should (probably) not follow their advice

“Your time is limited, so don’t waste it living someone else’s life. Don’t be trapped by dogma — which is living with the results of other people’s thinking. Don’t let the noise of others’ opinions drown out your own inner voice. And most important, have the courage to follow your heart and intuition.”

1. When they’re just trying to live vicariously through you

Many parents suffer from broken dreams and are hoping for a second shot at them through their kids.

Whether or not it’s to become a Hollywood star, a professional athlete or world renown artiste, some parents treat their children as an extension of themselves and push them down a path toward non-guaranteed stardom.

Some take it one step further, treating their children as assets to be marketed and exploited.

Stories abound of parents squandering the earnings of their Hollywood child stars. And in the age of social media, we are already seeing parents exploit their children in the hopes of building them up as the next YouTube or Instagram star.

In the case of 8-year-old Ryker Wixom, he wasn’t even aware of his momager’s (a mom manager) efforts at making him an online star until he Googled his name.

2. When they’re trying to lead you down a specific educational or occupational path

Not all of your parents’ life experiences are relevant in today’s economy, especially where it relates to education and jobs.

If you think about it, there is a decades-long lag time between the period your parents’ advice about education and jobs would have been valid, and now.

Your parents lived in times where education was one of the few viable paths out of poverty and into certain well-paying jobs. No longer.

Today, education alone is no longer the differentiator it once was. According to one McKinsey study, educational systems have simply failed to keep pace with the changing nature of work.

We live in very different times with drastically different demands. Amid an unprecedented rate of disruption, there are whole new categories of jobs being created every day owing to technology.

Because of AI, the future of education and jobs is so uncertain that it made one scientific editor quip:

“Seriously? You’re asking about the workforce of the future? As if there’s going to be one?”

Gone are the days of study hard, get a good job and wait for your pension.

You need to chart a path that is independent of advice meant to work in a different era.

3. When you stand to lose your identity in the process

“Give ten children a toy box, and watch them select ten different toys, regardless of gender or religion or parental expectations. Children have preferences. The danger comes when they, as with any human, are denied those preferences for too long.”
— Seanan McGuire

As a unique individual, you possess interests that may well differ from those of your parents’. You have your own dreams of the kind of life you aspire to.

When you suppress your desires in order to please someone else, there is only one outcome. It’s called resentment.

Gary Vaynerchuk has just this in mind when he says “When you’re 29, when you’re 42, when you’re 61, you’ll realize that the thing you were doing to make your parents happy is what ultimately will destroy your relationship with them.”

I recently met Venus, a 30-year-old who told me she spent the last 10 years of her working life in an administrative job her parents pushed her into. Initially, she was pleased to have made her parents happy.

But as time wore on, it became increasingly clear that she was neither suited for the job nor did she derive any fulfillment from it. She eventually had a falling out with her parents due to the resentment she held towards them for forcing her to take up a job she felt nothing for.

Venus is now in the midst of rediscovering herself while still reeling from the fallout.

As Steve Job advises above — don’t let anyone’s opinions, not even your parents’, drown out your inner voice. It is the only voice you have.

👪 How you should respond to your parents’ advice

To bring it all together, here is a summary of what you should do when your parents throw advice your way.

I get it. You want to be filial. You also want your parents to be happy and proud of you.

But that can only happen when you take charge of your own life. When you do so, you put yourself in a position to succeed and more importantly, on your own terms. Any parent ought to be proud of that.

As Gary Vaynerchuk loves to say:

“There’s no right, there’s only right for you.”

Make your own decisions based on your personal values, your unique passions, and strengths. It’s the only way you’re going to survive in this increasingly complex world of ours.

But please, continue to love your parents.

Thanks for sharing this Victor! I think this is very important in this era that every parent and every child should read this and follow the instructions! It’s really useful!

It’s definitely useful to be aware of the perspectives on each side. For parents (myself included), it’s usually a little more challenging to put ourselves in the shoes of our children, but it’s necessary if we are going to be able to facilitate their growth as a unique individual. Thanks for reading and commenting.