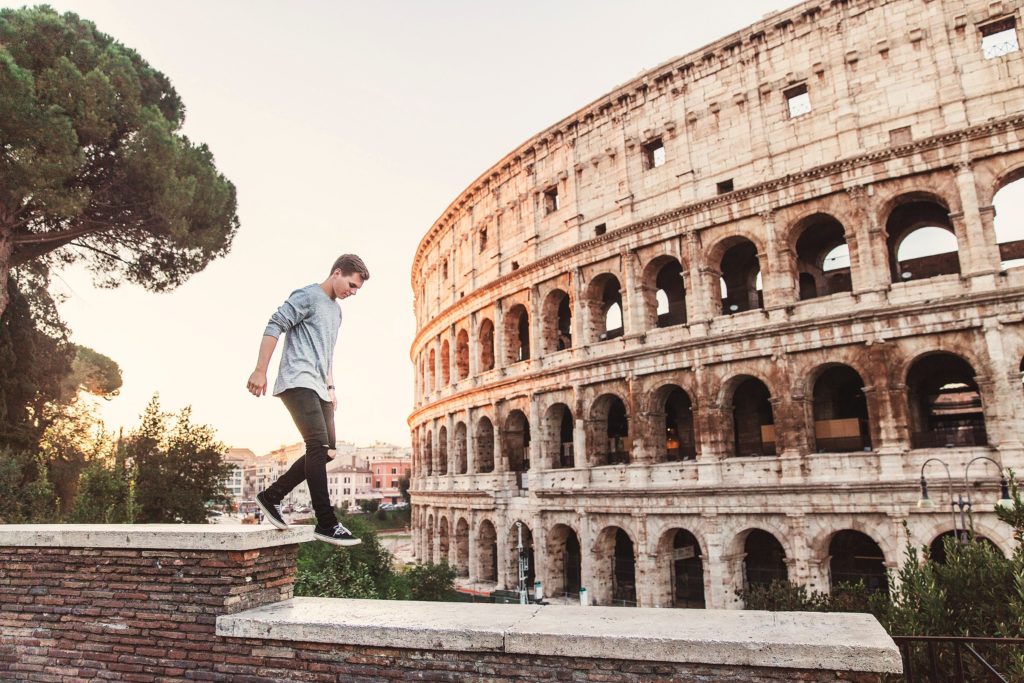 Rome wasn’t built in a day, but have you laid your first sun-baked brick?

The time for excuses is long over.

By the time the sun goes down today, you’d better be laying that first brick. Not for me, not for anyone else but yourself.

And no, we’re not talking about the kind of bricks that some NBA players throw up.

First of all, I hate that saying

I genuinely get cheesed when people throw up the phrase ‘Rome wasn’t built in a day’ in my direction, especially when it is said as a convenient excuse for work progressing slowly or not at all.

There’s a backstory to this.

When I first started out in the family business some 8 years ago, I was raring to go. I saw myself as the 4th generation savior that would transform the business and all its rusted parts.

I wanted to change everything — the physical environment, equipment, sales processes but more importantly, peoples’ mindsets and attitudes, including and especially of those sitting above me.

I started off pumped up at work every day, eager to make a difference. I took apart and dissected every aspect of the business to see where the inefficiencies lay. I uncovered our corporate culture in an attempt to see the underlying causes of our dysfunction as a unit and as a company.

I was shocked by what I discovered, and not in a pleasant way.

Everywhere I looked, I saw post-apocalyptic corporate zombies — individuals who came to work just so they could collect a paycheck at month’s end. Individuals who had checked out, even before they checked in to work. They were without emotion, without a care for the work that they were doing.

Worst of all, I saw the look of helplessness and hopelessness in people’s eyes. A look that could only have arisen as a result of years of neglect by the company, but in equal measure, of their own accord.

I was determined to put a stop to the state of helplessness, to the drunken stupor that had enveloped the business.

I didn’t know shit from shit. I was a law graduate who knew next to nothing about running a business, managing people let alone myself.

Life is funny that way isn’t it—you find yourself in places you never thought you would end up, often without a clue what do to.

Indeed, sometimes the greatest mystery in life has nothing to do with the purpose of our existence, but rather, where life will take us next.

The Invisible Walls We Erect for Ourselves

What do you do when you don’t know what comes next?

Do you let the feeling of uncertainty take over and immobilize your thoughts and actions? Do you say ‘I’ll let fate take its course in my life’ and do nothing as a result, because you feel a situation (bad or otherwise) you know is better than the one you don’t?

Do you erect an invisible wall in front of you and tell yourself that things are out of your control, that whatever those sitting above you say are what will be, end of story?

Or do you tell yourself that whatever the outcome, you will at least try — that a step taken is better than standing still.

Fortunately for me, I decided very early on that doing something was better than doing nothing. So I laid my first brick, first by streamlining our shipping desk operations which I was in charge of. Then I laid another and yet another, in any area of the business that I could meddle in, building momentum along the way.

If you’ve ever stepped into a traditional family business, you would know that you’ve got to bide your time before changing something as mundane as the brand of copy paper.

In my case, it took me more than a year to convince my boss (my uncle really) to switch out our ancient bubble jet printers for a multi-functional one. Nobody thought they would see the day.

Ditto for the legacy DOS-based (hands up if you have even operated one) enterprise software that we finally had a quiet funeral for in 2012.

May it rest in pieces.

Alas, after about 3 years in the family business, I hit a wall. I had made all the changes I could, operationally speaking. I had however not made any strides in effecting a serious change in the culture of the company and in the mindsets of our employees.

As a company, we were directionless. We did not have a purpose or a vision to rally around. We existed, and that was all there was to it. The world around us had changed, and we were quickly being left behind.

So bold in spirit and vision, I made my way into the matriarch’s domain, a paper-strewn landscape notorious for being a killing ground for one’s career hopes and aspirations.

Under the intense glare and scrutiny of our 93-year-old matriarch, I made my pitch for a complete overhaul of the way we conducted our corporate affairs and provided for the basic needs and growth of our employees.

‘We need to provide access to clean drinking water for our employees’, I said.

‘We have to treat our business partners with some basic level of respect’, I followed.

‘We need to start doing something to ensure the survival of our family business into the next generation’, I ended.

‘Rome was not built in a day’ was the singular uttered response.

It was as though whatever I said had fallen on deaf ears. She was 93, but certainly not deaf. Another uncle of mine often asks her, half-jokingly, for a Bugatti (which by the way costs a cool US$2.1 million here in Singapore). Oh, you can see it in her expression that follows that she hears him.

I would have felt fine hearing the phrase if there were actually things being done, bricks being laid. Problem was, I was probably the only one doing anything. Everyone else had, for good reason, simply given up.

‘Alright then matriarch, when can we start building?’, I asked in return.

I heard the answer loud and clear in the silence that was her response.

No one was going to do anything.

I felt deeply frustrated, like I was wasting my time, energy and breath on a fruitless quest. I had left a lucrative career in legal practice with grand visions of revolutionizing the family business. I had great plans and couldn’t wait to make my mark on the business and in time to come, the industry at large.

I could have given up there and then. I’ll be honest, I thought seriously about it.

Some walls are meant to be broken

The irony is not lost on me, but sometimes you have to tear some walls down in order to start the process of building up, or in this case, to lay your first brick.

The two most important walls to tear down, as I have alluded to above, are:

Once you have demolished those imaginary walls, it’s time to do the real work of bricklaying.

Take Action and Do Something

I recently stumbled across this tweet by Gae-Lynn Woods which captures what I think is the ultimate kind of action we should all take.

It is the type of action that scares us and takes us out of our comfort zone. It is the kind that challenges and changes us, both positively and permanently.

How many of us are afraid to take action because it scares us — be it due to the act of doing itself, for fear of the results, or worse still, for fear of the opinion that others will hold of us?

The process of writing and publishing this first piece scared the living crap out of me. Not only was I exposing myself to the world, I was potentially exposing myself to self-critique. We are often our own harshest critics, and I am no exception.

Was I willing to subject myself to my own feelings of inadequacy, writing in a Medium (pardon the pun) that hosts plenty of real writers gifted of prose and verbal pageantry?

Sometimes, the real victory lies in the doing and not in the result.

It is deep in the process of laying that first brick that you discover who you are and what you can do. Especially if you have the sun beating down hard on you on a 50 degree-Celsius day, or people shouting at you while you go about laying your foundation. Interpret the metaphor however you like.

These are my bricks

I laid my first brick in the family business 8 years ago. Today, I haven’t quite built a palace. I’ve constructed a small home, but one that I’m proud of no less.

More recently with my first published article on Medium, I also laid my first brick on my journey to becoming a thought leader in the personal development and entrepreneurship space.

What are you doing to develop your real estate? Have you begun laying your first brick, on whatever new journey you may be on?